Basic Malware RE - “This room aims towards helping everyone learn about the basics of “Malware Reverse Engineering” This is a TryHackMe box. To access this you must sign up to https://tryhackme.com/.

“These challenges are aimed towards learning about the “Static Analysis” technique used to analyze the malware. The main aim for this room is not to use any types of debuggers neither the executable’s/programs should be run on any platform. You are required to answer all the questions without even using the debugger and even not executing the executable’s/programs.”

“This executable prints an MD5 Hash on the screen when executed. Can you grab the exact flag? Note: You don’t need to run the executable!”

Running this code shows us this file is a PE32 executable (GUI) Intel 80386, for MS Windows.

Let us investigate the binary more. Have a look at the functions.

I will be using a tool called Ghidra, you can install the program here:

Go ahead and run Ghidra with ./ghidraRun in the base directory of the Ghidra files.

Create a new project and import the binary provided by the challenge (strings1.exe_): 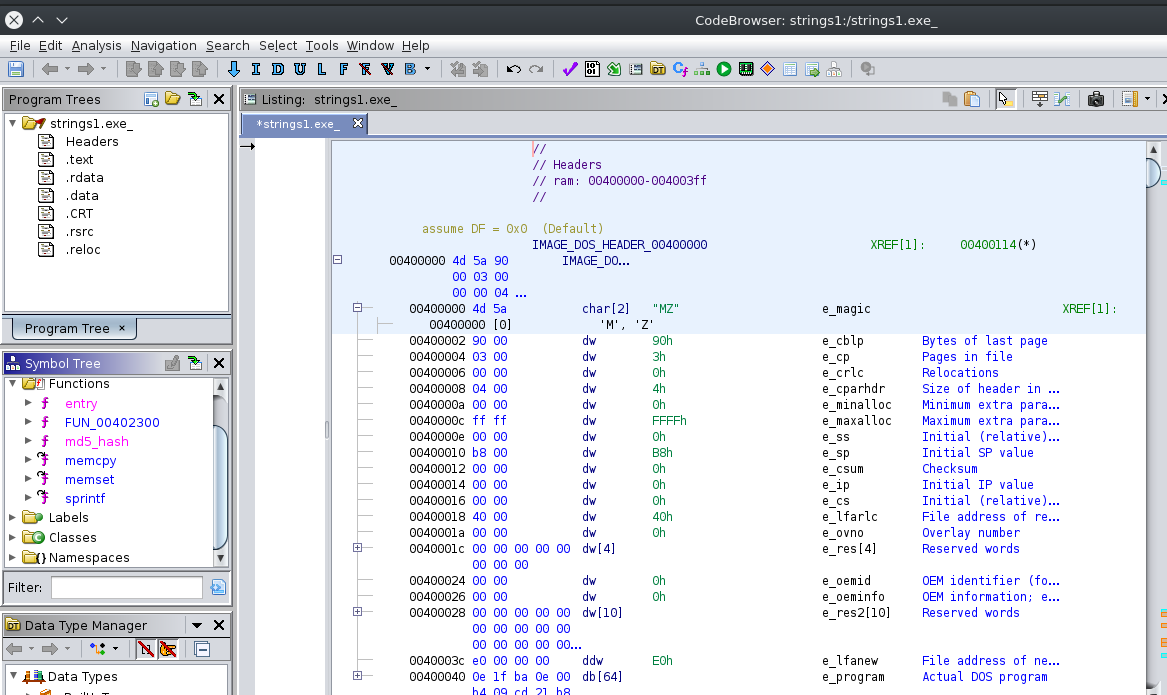 As the screenshot above shows, we can view all the functions. We have:

The decompiled code (on the right) shows a variable called lpText with an md5_hash function and a string. This is a challenge question:

What is the flag of which that MD5 gets generated?

I double click on the string to take us where it is defined, and we can see the original flag there:

We are told that the MD5 Hash is printed on the screen when executed, but we don’t want to run the executable.

Let us open this up in Ghidra and analyse the file to find the flag again.

Here is a list of functions in our new file: 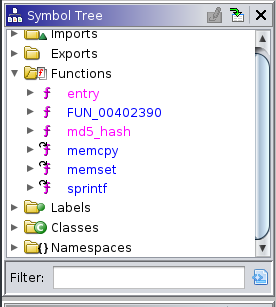 I go to entry again and this is what I see: 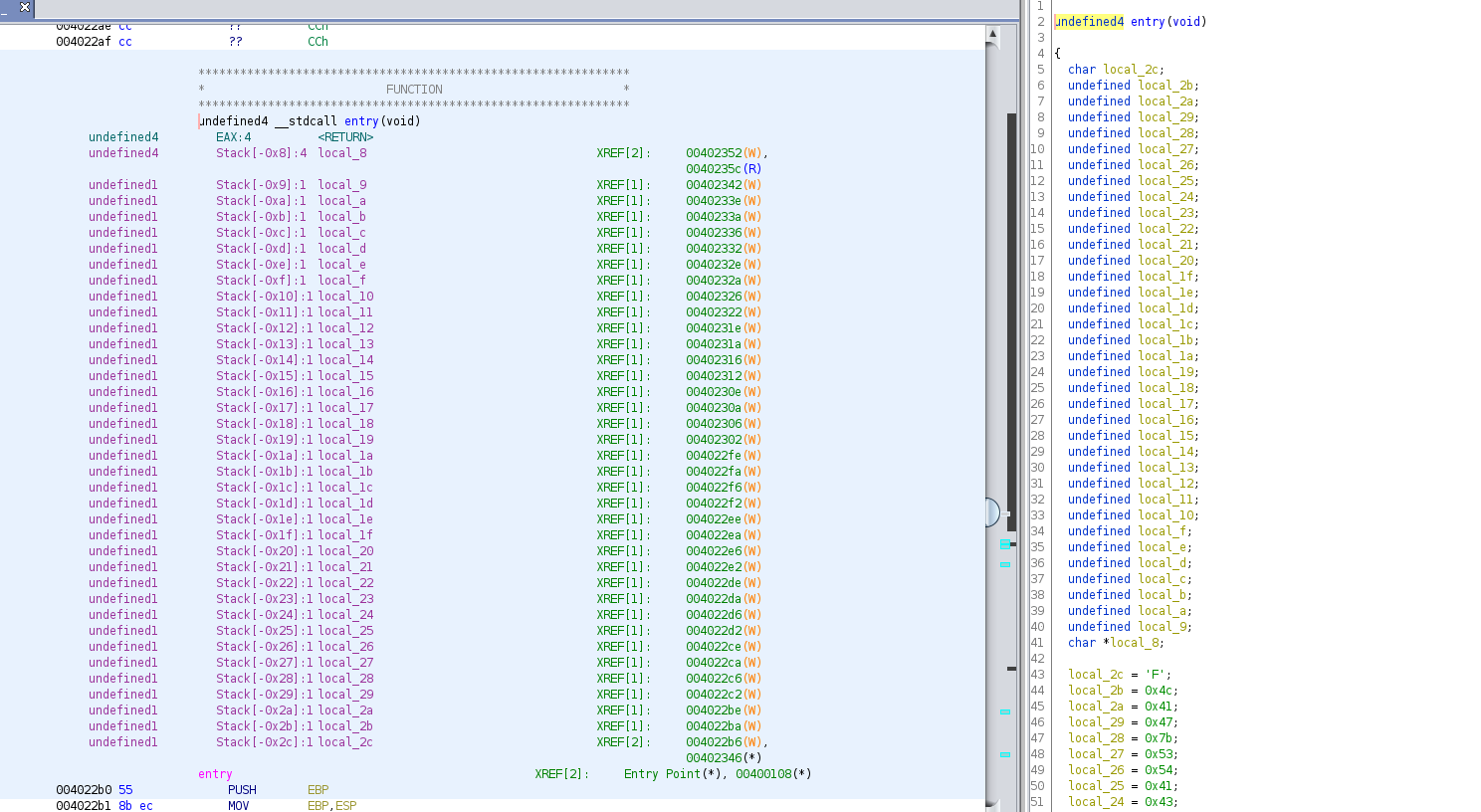 Here is the decompiled C code:

Some things to note: There is a char assigned at the start, most of the following variables are undefined and the rest of the local_* assignments look like hex values.

Look at the main window - we can see how each variable is assigned to the stack. Let’s start with the char “f” and move up the variables (according to the way it is stacked).

Use this as a reference if you want to manually work out the ascii values:

I created my own script to do it for me :) Copy all the hex assignments into a file called char.

Then make a script to convert all the hex values to ascii characters. 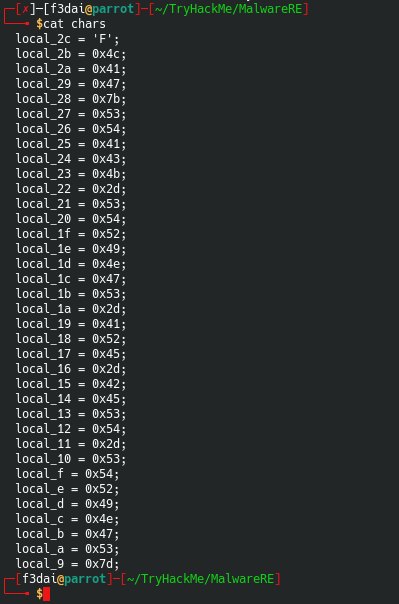 And we get our flag.

Here is a pastebin to the script I created (Python3). You can install this with wget as the raw pastebin.

Open up the binary and look at the functions: 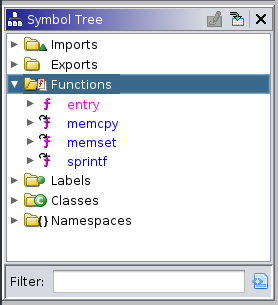 Here is the main window and the C code for “entry”:

Here is the decompiled code:

A couple of things that caught my eye were FindResourceA and LoadStringA.

Take a closer look at the function “LoadStringA”:

We can see there is a string of what it actually loads - our flag.